Can Yoga Lower Your Risk of Cognitive Decline? 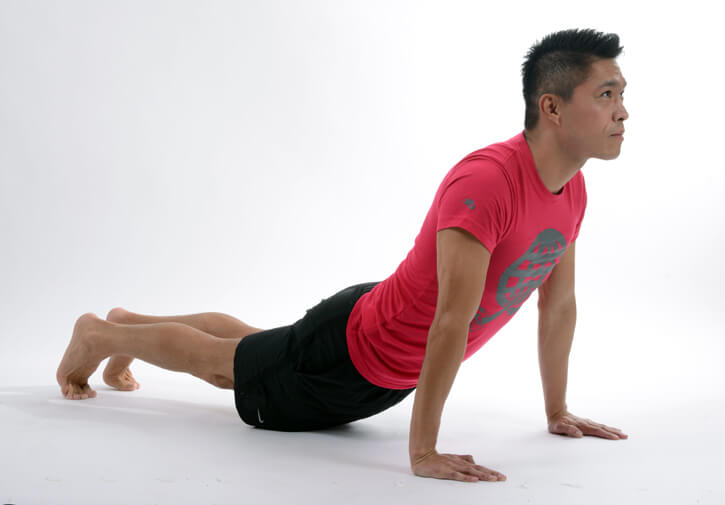 Although writings in the Rig Veda sacred texts link yoga’s origins to northern India some 5,000 years ago, it wasn’t until the early 2000s that interest in the exercise went mainstream in the United States. This ancient practice involves physical postures, or poses, regulated breathing, and concentration. Today, yoga classes are taught at over 7,000 yoga studios in the U.S., as well as in community colleges, local YMCAs, and online. According to a Yoga Alliance/Yoga Journal survey, 37 million Americans now report they practice yoga. Their top three reasons for doing so are the pursuit of flexibility, relief from stressors, and general fitness.

Yet unbeknownst to many, the most valuable reward for one who practices yoga may be the preservation of cognitive health. The findings are consistent: yoga improves brain structure and function, even benefiting those already experiencing a decline in cognitive health.[i]

Using MRI and other imaging technology, scientists studying the effects of yoga on the brain have learned that it promotes new connections between neurons, leads to greater connectivity between brain regions, increases the amount of blood and oxygen reaching the brain, and increases the volume, thickness, and density of various parts of the brain.[ii]  As a result of these positive changes, a growing body of research suggests yoga may be a valuable tool in not only improving brain function but also in helping to ward off age-related cognitive decline and possibly helping reduce the risk of Alzheimer’s dementia.

Scientists from the Hospital Israelita Albert Einstein in São Paulo, Brazil showed that compared to healthy controls, elderly yoga practitioners had greater thickness and density in the outermost layer of the brain.[iii] Called the cerebral cortex, this part of the brain is responsible for language, reasoning, thought, and decision-making. Compared to those who do not practice yoga, practitioners also have greater volume in the part of the brain called the hippocampus.[iv] The hippocampus is critical to memory and learning and is one of the first parts of the brain to shrink due to the effects of Alzheimer’s disease.

Having greater thickness, density and volume in these regions may foster greater cognitive resilience over time. With more total brain matter and more connections between neurons, the brain not only functions at a higher level and may forestall age-related mental decline, but it has more brain matter to spare—what researchers call cognitive reserve—giving it more options for working around brain pathologies that may develop.

In one study, subjects with an average age of 62 were assessed using tests of executive function (including one’s ability to make plans and decisions) and working memory. They were then split into two groups: one group performed stretches and strengthening exercises and the other performed yoga three times a week for eight weeks. Those who performed yoga experienced significant improvements in cognitive function whereas the control group did not.

Yoga also protects the brain by helping to lower levels of the stress hormone, cortisol, and by reducing levels of inflammation.[v] Higher levels of cortisol are also associated with an increased risk of cognitive decline at midlife and future Alzheimer’s disease, as well as a more rapid progression once the disease has been diagnosed.[vi] After just eight weeks of yoga practice, subjects showed a reduced cortisol response to stressors and performed better on tests involving attention and decision-making.[vii] Multiple studies have shown chronically elevated levels of inflammation are also a harbinger of accelerated brain shrinkage and the risk of future cognitive impairment.[viii] By that measure, any action that can help lower inflammation is a valuable addition to one’s cognitive healthcare.

Finally, yoga seems to improve the quality and duration of sleep. Insufficient quality and quantity of sleep is another risk factor for Alzheimer’s disease. During sleep, the brain consolidates and encodes new memories into long-term storage. It’s also during sleep that our brain cleanses itself of the potentially toxic metabolic wastes that accumulate during our waking hours. When sleep is disrupted or insufficient, this critical brain maintenance process is hindered and cognitive function suffers. Studies have shown higher levels of beta-amyloid brain plaques in those who have the shortest periods of sleep and the most disrupted sleep.

Even those who already are experiencing a decline in cognitive health can benefit from yoga. UCLA researchers recruited a group of middle-aged Americans experiencing mild cognitive impairment (MCI), sometimes a prelude to dementia.[ix] Participants first underwent brain scans to see how different regions of their brains were communicating with each other. Half the group then participated in a memory enhancement training class for one hour per week and practiced training games at home for 15 minutes each day. The other half of the group participated in one hour of yoga and meditation instruction weekly. After three months, both groups underwent brain scans again and took cognitive performance tests. While both groups showed improved cognitive performance, the group that used yoga and meditation showed much greater improvement in cognitive function as well as greater connectivity in parts of their brains that were scanned.

The protective changes in brain structure and function afforded by yoga are noticeable after as little as six months of practice and occur in a dose-dependent manner.[x] In other words, the more frequently one practices yoga—and the longer one spends in practice—the greater the changes are.[xi] Reductions in cortisol, blood pressure, and improvements in sleep afforded by yoga can be experienced after just a few weeks of practice. It’s never too late to add yoga to your healthcare repertoire. Whether you prefer to explore yoga at home or wish to join a class at a studio or other facility, an excellent source for getting started is yogafinder.com. Here, you can locate classes in your area or online, as well as discover yoga retreats, trainings, and resources for yoga mats and accessories.

[i] Sohl, Stephanie, et al., “The Effects of Yoga on Patients with Mild Cognitive Impairment and Dementia: A Scoping Review,” The American Journal of Geriatric Psychiatry 27 (2019):188-197.