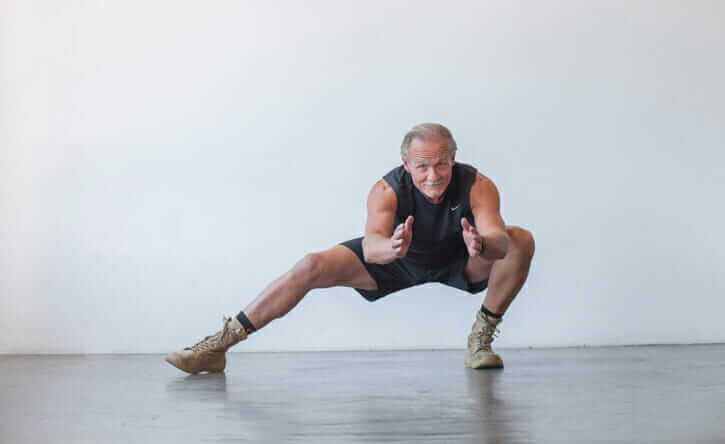 Robert Hamilton Owens has done a lot–mountain climbing, radio and TV personality, keynote speaker, minister, Ironman®, philanthropist, triathlete, Special Ops Pararescueman, and father of five. But of all the pursuits he’s undertaken, there’s one title that best describes this literal force of nature: Robert is “The Fittest 66-Year-Old in the World.” Below are his 7 tips for lifelong fitness.

Most people don’t have a strong enough “why” or a vision that holds them into a long-term workout plan or routine. Workouts are optional for them.

I encourage my friends and listeners: Be wise. Invest in yourself for life. If you will take one hour a day out of your 24 hours for strength conditioning and cardio exercise, you will sleep better, eat better, feel better, be healthier and sustain your sex life longer (if that’s something you care about).

I talk to overweight men and women all the time. They work hard and have saved their money for a retirement dream. But they can’t live it because of health issues that drain them of vitality and energy. Now their hard-earned money goes more and more to the doctors and medications. They become bummed and they mope.

Most people are short-term thinkers. Get smart. Invest in your future or lose it. We choose how we age. Pay now so you can play later!

I was a general exercise guy and at times a swim-bike-run guy for years. But by 55-60 years old, I felt that I was more vulnerable to pulled muscles and a bad back than ever. I was an 11-time Ironman® Finisher but knew I was only in shape for certain movements.

So I went to a CrossFit Box (gym) and submitted myself to their weekly routine. They made me do exercises that I didn’t really want to do. However, it strengthened muscles I didn’t even know I had and I became physically, mentally and emotionally stronger than I ever thought I could be.

Now I am in a group of over-60-year-olds that encourages each other and have more confidence than we ever thought possible.

I noticed that older people get weaker. I wondered if such weakness was inevitable or if I could challenge that observation.

At 62, I went into my CrossFit and could do three dead-arm pull-ups and 15 pushups. I had done 11 Ironmans but was physically weak in so many areas.

I did it in 65 minutes in combat boots and wet fatigues while running on a dirt road. I was amazed, the observers were amazed, and my kids were amazed.

Conclusions: (1) Your muscles will respond if you feed them exercise and good food; (2) I am only “old” if I act old and live stupidly.

As we become older, we lose our balance little bit by little bit. I was so embarrassed one day at 60 to get on a trampoline and try to jump around on it. I remembered what it was like as a kid to do flips and other fun moves on one. But this time I could barely stand on it and keep my balance. I was crushed. What had happened to me?

So I began to incorporate balance exercises into my weekly workout routine to exercise my inner ear. Wonderfully, little by little, my balance came back. I am more confident now in my daily movements. My goal now is to do standing back-flips.

I have daily aches and pains just like anybody else, exercise or not. But I listen to my body a lot more now. I know the difference between old-age stuff and a pain that could intensify and wreck me for a while.

Often on a run, which is more of a jog, I may have an unusual knee or foot pain. Feeling it, I will shut down my run and walk and stretch for a while, then try running again.

It’s the same with my shoulders. Often I work around a pain and notice that the warmer I become, the less I feel those same specific shoulder pains. The good news is that almost all the time, the pain goes away. And I am so glad to have learned to not just press through the pain because of my ego. I have learned the hard way to listen to my body.

In the World Marathon Challenge, which is seven marathons in seven days on seven continents, I daily had to listen to my body and discern which pain and what kind of pain I was feeling. Pain does not necessarily have to be bad. And there are times when you need to just press through. But you also need to get to know your body and understand your specific pains.

I found that the healthier and more fit I became, the more my body craved healthy food. Left to myself, I love all junk foods. But as I worked out, my body began craving foods that would help me. And often my body rejected food that wouldn’t help me. It was a weird mental transition.

I also found that my body did not need big portions of food, as I thought it would. As crazy as it seems, when I do an Ironman® now or other endurance event, I eat less than ever in my life. Food can make me sluggish. Oddly, food is for fuel now more than comfort. (I do occasionally need to ”comfort” myself, and I really try to enjoy those moments!)

I asked some other over-60 endurance people about this and often they concurred. My brain and emotions love the idea of a big meal; but my body doesn’t need as much as I would like to feed it.

Accountability is huge! There are many days where I just don’t “feel it.” But after I am in the door and with my health-minded athletic friends, I feel so much better for not having submitted to those “feelings.”

By and large, I have taken the question “How do you feel” out of my life. Why? “Feelings” (e.g. “I just don’t feel like it today”) lie to us and get us off track. I don’t want to give those “feelings” the opportunity. We must rise above being a feeling-based person. You either live by your convictions or your feelings. And feeling-based people don’t accomplish much in life.

So, as Nike famously said: Just do it! Then you will feel great!

7. Show me your Friends

I have hardly any friends my age. Nor do I want them. People my age talk old, eat old, dream old, and have lots of excuses for why they are the way they are. They blame many things in their lives for their circumstances. Most act like victims of life and things like that. I don’t like listening to them.

If I go to a happy hour with my wife for a glass of wine and some small healthy protein and fat meal, we usually don’t talk to anyone. If we do, they most often talk about their woes and issues. We try to stay away from unhealthy-thinking and unhealthy-talking people.

Our friends are younger, active, excited-about-their-next-adventure-type people. We so enjoy their excitement for life.

A story: I had a mentor I traveled and spoke with in over 20 nations. He was 25 years older than me. Once, on a flight between Hong Kong and Singapore, I asked him why he typically only had younger guys travel with him, and he said that when he was with me he felt and thought like me. He was 75 at the time. I was 50.

He said if he hung out with 75-year-olds they would make him feel 75 and tell him why he shouldn’t be doing what he was doing. He said he wanted to dream and plan like he was 50! So no older guys were allowed to be close to him. Same with me.

In closing, we all have hourly and daily choices. It’s a possibility that some of us need to stop playing the victim. Face our excuses. Grow up emotionally. Get in shape and get a life. After all, and contrary to popular belief, life can be really fun as we grow older! 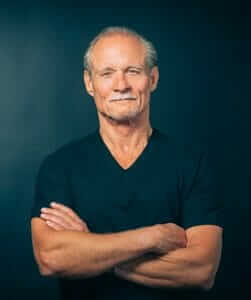