7 Powerful Steps to Ward Off Dementia 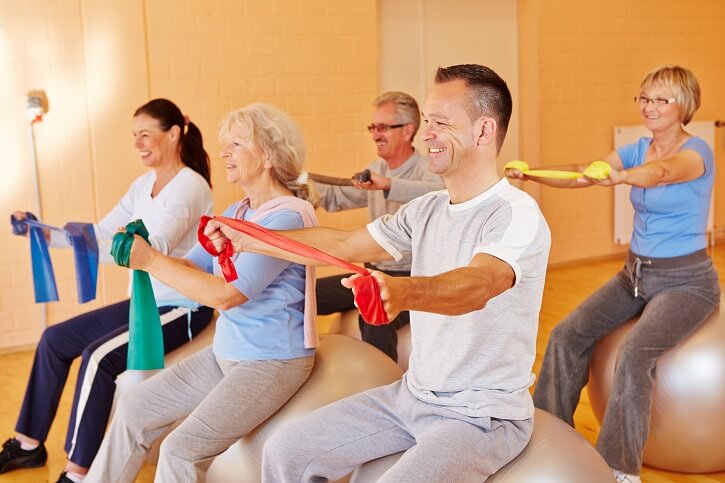 The best studies show—the more healthful changes we adopt, the lower our risk of future dementia becomes. Here are seven steps you can take today to dramatically improve brain function and ward off cognitive decline and dementia.

1 in 2 American adults now has high blood pressure, a key risk factor for Alzheimer’s disease. High blood pressure reduces blood flow to the brain, increases brain inflammation, damages brain blood vessels, and significantly raises the risk of stroke. Studies show a 50–70 percent reduction in the risk of Alzheimer’s disease in those who undergo long-term treatment with antihypertensive medications. Elevated blood pressure can also be brought under control by centering the diet upon plant-based foods, reducing sodium intake to no more than 1,500 mg a day, losing weight, and performing daily aerobic exercise.

There’s no ambiguity about the science on exercise and brain health: the more we do, the better off we are. Rush University researchers found those who exercise the least are over twice as likely to develop Alzheimer’s disease compared to those who exercise most frequently. Exercise wards off age-related brain shrinkage, lowers blood pressure, increases blood flow to the brain, is associated with improved thinking and memory, and can even grow new neurons. Current recommendations are for a minimum of 30 minutes a day, five days per week.

Despite the messaging that moderate alcohol consumption is heart-healthy, the reality is that alcohol is toxic to every cell in the body and poses a special threat to the brain. Alcohol consumption is associated with neuroinflammation, brain shrinkage, poor absorption of B-vitamins critical to memory, and an elevated risk for early-onset dementia. Alcohol use disorders in women triple the risk for future dementia. Protect your brain and jettison the alcohol! The non-alcoholic beverage market is growing rapidly and most bars now offer an array of pleasing non-alcoholic “mocktails.”

4. Take a Vitamin B12 Supplement

Up to 20 percent of American adults are vitamin B-12 deficient. This vitamin is critical to brain function and memory and deficiency is associated with memory problems and increased risk of cognitive decline and dementia. Metformin (a popular diabetes drug), alcohol consumption, and gastritis may impair vitamin B-12 absorption. To assure sufficient intake, consider a vitamin B-12 supplement.

Every day, 68 million Americans consume fried foods, exposing themselves to dangerous trans-fats which clog up the blood vessels feeding the brain, shrinks the brain at an accelerated rate, and are associated with up to a five-fold increased risk of Alzheimer’s disease. So skip the French fries, onion rings, mozzarella sticks, tempura, fried chicken, and battered and fried fish! Instead, choose bright-colored fruits and vegetables, leafy greens, lentils and beans that are rich in antioxidant and anti-inflammatory elements that protect brain health.

Studies involving over 12,000 participants found that two classes of prescription medications are associated with a greater risk of dementia. The first class, called anticholinergics, are prescribed for allergies, colds, depression, hypertension and incontinence. Use of these drugs for more than 3 years was associated with a 54 percent increased risk of dementia compared to use of 3 months or less. The second class of drugs, benzodiazepines, are prescribed for anxiety and as sleeping aids. Those taking medications from this class for 3–6 months had a 32 percent elevated risk of going on to develop dementia, and after six months of use, the risk was 84 percent greater. Anticholinergic drugs work by blocking a neurotransmitter called acetylcholine that is involved in learning and memory, while benzodiazepines boost levels of a neurotransmitter (GABA) that slows neuron activity in the brain. The good news is that there are alternatives for both drug classes that do not have this risk association. Consult your doctor to determine if you are presently taking medications in either of these drug classes and consider appropriate alternatives.

According to the World Health Organization, hearing loss—even in one’s teens—is on the rise worldwide. For the 48 million Americans who suffer from it, hearing loss may do more than compromise quality of life and lead to social isolation. Depending on its severity, it may also raise the risk of future dementia two- to five-fold, and those with untreated hearing loss also tend to experience cognitive decline earlier than individuals with normal hearing. The good news is that treating hearing loss not only improves hearing, it also helps with brain health. In one study, 97 percent of participants who were fitted with hearing aids experienced significant improvements in cognitive health after 18 months, including boosts to working memory and their ability to plan, organize, and initiate tasks.

To reiterate, the best studies show: the more healthful strategies one adopts, the better able they are to prevent cognitive decline and lower the risk of future dementia. The power is in your hands, so act now!

For more information on dementia and recent developments, check out my new book The Alzheimer’s Revolution.