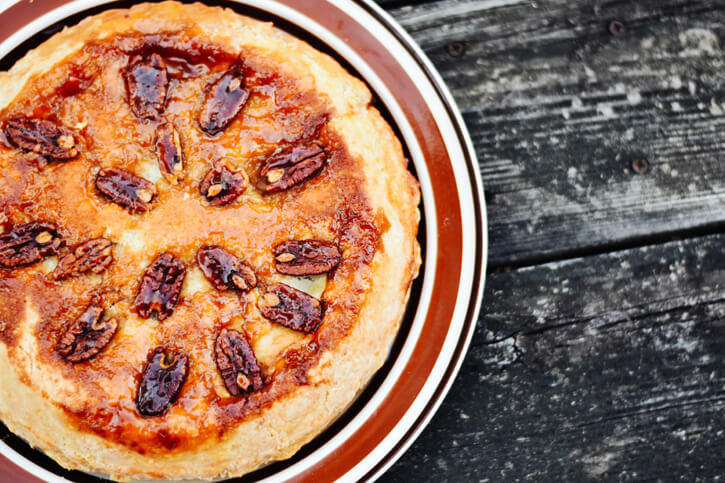 This is a fun and different take on the classic apple pie, adding a sweet pecan glaze to the “bottom” crust.

To create pastry, combine flour and salt in a large bowl. Cut lard into flour with a pastry blender or fork, until mixture resembles coarse crumbs. Sprinkle water over flour mixture, 1 tablespoon at a time, while tossing lightly with a fork until dough is moist enough to form into a ball. Divide in half. Shape each dough into a ball and flatten into a ½-inch thickness, rounding the edges. Place bottom pastry over mixture in pan, gently pressing to fit pan.

Bake at 425°F for 8 minutes. Reduce oven temperature to 325°F and bake an additional 25 to 35 minutes, or until crust is golden brown. Loosen edge of pie and carefully invert onto serving plate. Serve warm with vanilla ice cream or whipped cream.