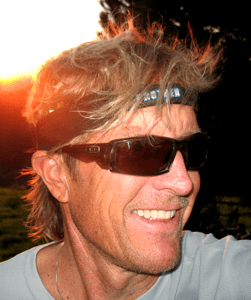 SCOTT TINLEY is a former world-class professional athlete who has competed in over 400 triathlons, winning the IRONMAN® World Championship twice and the IRONMAN® World Series three times. Scott was inducted into both the Triathlon Hall of Fame and the IRONMAN® Hall of Fame upon retirement in 1999. He founded and developed the sport of off-road triathlon, and continues to co-own and manage the longest running off-road triathlon in the world. He has done television commentary for CBS, ESPN, and ABC; been a contributing writer for CBSNews.com; and written for Sports Illustrated, Men’s Journal, Triathlete Magazine, and Outside Magazine. Scott lives near the beach in Del Mar, California and on a ranch west of Gaviota, California with his family. He is the author of Finding Triathlon.

This month is Whole Grains Month! Did you know who

Get an exclusive sneak peek of “The Complete Qui

Football is back! Tell us who you are rooting for

“Even the smallest act of service, the simplest

POLL: How do you prefer to hydrate? A. Water B. F

If you are the type of person that enjoys a hearty

Fit Fact: Studies have shown that cyclists who exe

Happy Labor Day! Take some time today to relax and

Yes or No: Have you ever tried boxing? #boxing #b

Did you know a plant-based diet can help you sleep

Welcome to September and welcome to Better Breakfa

Start planning your Labor Day party with these 6 E