Hypertension: How to Address an Alzheimer’s Risk Factor Without Drugs 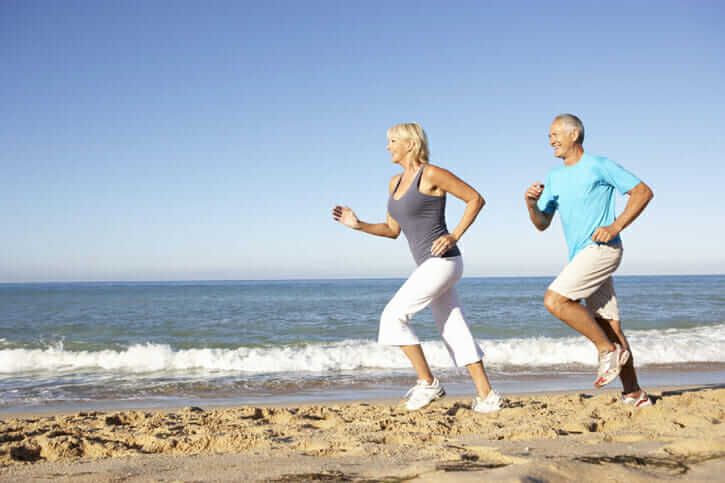 Based on current American Heart Association guidelines, nearly half of American adults have hypertension or what we commonly call high blood pressure. As the culprit behind 50 percent of heart attacks and up to 70 percent of strokes, hypertension can be deadly. Yet there’s another serious risk posed by elevated blood pressure that too few doctors discuss with their patients. Untreated hypertension is associated with structural brain changes, a higher risk of early cognitive decline, and ultimately, dementia.

A study published in the journal Hypertension have found those who have been diagnosed with hypertension before age 35 are more likely to experience cognitive impairment at midlife and those diagnosed between 35 to 44 were found to be 61 percent more likely to go on to develop dementia than those with healthy blood pressure.  In another study, a group of 5,646 women with an average age of 44 who had elevated blood pressure had a 70 percent greater risk of dementia later in life compared to women of the same age who maintained healthy blood pressure.

To understand why hypertension raises the risk of cognitive decline and dementia it’s important to understand the physical changes it causes in the brain. A blood pressure reading is an indication of how hard blood is pushing against the walls of your arteries. The top number (systolic) represents the pressure when the heart contracts. The bottom number (diastolic) represents the pressure when the heart relaxes. As blood pressure rises, so does the force against the walls of arteries – including those in the brain — causing them to become inflamed and weakened and increasing the chance of stroke.

There are two types of stroke: ischemic, which involves a blockage or clot that deprives part of the brain of oxygen-rich blood, and hemorrhagic, which involves bleeding in or around the brain and also reduces oxygen reaching brain cells. Hemorrhagic stroke occurs when a blood vessel that has been weakened ruptures, usually from an aneurysm which is a part of the vessel that has ballooned from pressure.

In either case, serious brain injury may result, and one in four stroke survivors will go on to develop dementia. Yet, one need not suffer a stroke for hypertension to take a toll on their brain and increase risk of dementia. In addition to the stress placed on blood vessels, including the tiny fragile ones inside your brain, hypertension reduces the amount of critical blood and oxygen reaching brain cells. The heightened pressure on the artery walls can lead to imperceptible micro-bleeds where the blood leaks into the brain tissue, damaging brain cells. About 32 percent of people 65 and older and 48 percent of those 80 and older may be victims of micro-bleeds but don’t know it.

When researchers from Rush University in Chicago performed an autopsy study on the brains of deceased people who had maintained varying rates of blood pressure, one thing became clear. The higher a subject’s blood pressure was before death, the more microbleeds, which appears as little holes in the brain, could be found.

In addition to the microbleeds, left untreated, hypertension is also associated with pathological brain changes characteristic of the most common form of dementia, Alzheimer’s disease, including beta-amyloid plaques, tau tangles, and accelerated shrinking of the brain. Even small elevations in blood pressure, among those aged 20 to 40, are associated with accelerated brain shrinkage.

Obviously, there is good reason to treat hypertension. Several studies in the U.S. and in Europe have shown a 50 to 70 percent reduction in the risk of developing Alzheimer’s disease in those who undergo long-term treatment with antihypertensive medications, when compared to those whose hypertension is left untreated.  Even in people who are already experiencing mild cognitive impairment (MCI), often a precursor to dementia, getting high blood pressure under control may reduce the risk that their condition will advance to Alzheimer’s disease by 80 percent.

In the USA alone, consumers spend $30 billion a year on prescription drugs to control hypertension. The trouble is that up to 65 percent of those who are prescribed these medications fail to take them consistently or at all.  Surveys have found there are several reasons that patients fail to follow prescriptions including fear about the drugs and the cost of the medication. Another deterrent are the troublesome potential side effects, the most common include dizziness, weight gain, headaches, constipation, insomnia, fatigue, and sun sensitivity.

While the damage untreated hypertension can cause to the heart, blood vessels, and brain is certainly frightening, there’s very good news for those who wish to get their blood pressure under control and are interested in an alternative to medications. Ample evidence indicates most of us can keep our blood pressure in check without drugs if we are willing to make practical lifestyle choices.

High blood pressure can be caused by several factors including smoking, a negative response to stress, excess bodyweight, lack of exercise, a high intake of sodium, and a diet rich in saturated fat and cholesterol.

Before antihypertensive medications were available, lifestyle intervention was the main treatment — and was generally successful. Let’s look at the powerful steps one can take.

One of the simplest shifts we can make is to reduce our often-heavy salt intake. Salt is 40 percent sodium and 60 percent chloride. More than 100 studies have confirmed the potent role that salt added to foods can play in boosting blood pressure.

As salt intake increases, the ability of the kidneys to remove water from the blood is reduced. The extra fluid causes greater blood volume, which in turn increases blood pressure and causes changes in heart function. A lot of the excess sodium we consume is from prepared foods—especially fast food and processed meats, including bacon, beef jerky, canned meat, cold cuts, corned beef, ham, hot dogs, pepperoni, salami, and sausage. But plenty also comes from the saltshaker on the table. Cutting added salt from the diet can cause blood pressure to drop in a mere two days and ultimately lead to a 10–20-point reduction depending on how high blood pressure is before the reduction.

In 1995 the Harvard Nurses’ Health Study reported between a twofold and sixfold greater prevalence of high blood pressure in subjects depending on how severely overweight they were. Excess bodyweight places pressure on blood vessels (vascular resistance) which makes the heart work harder to circulate blood. The result is that blood pressure rises. Depending on the individual and the amount of weight reduced, shedding excess pounds can cut blood pressure by four to ten points.

Decades of research has repeatedly affirmed that adopting a diet centered on plant foods can cause blood pressure to drop precipitously. A diet that emphasizes fruits, vegetables, whole grains, and nuts, and restricts sodium to 2,300 mg or less per day has been shown to result in a drop of systolic pressure by 8 to 14 points in as little as two weeks.

Conversely, a typical diet rich in saturated fat causes the blood to become viscous so the heart must work harder to push it through blood vessels, leading to elevated pressure.  Imagine the difference between sucking water or a very thick milkshake through a straw and you get the idea. The higher pressure can damage the delicate artery walls causing cholesterol, fats, and calcium to deposit at the injury site. These deposits form plaques that narrows the inside of the blood vessel. As pressure rises more arterial damage can lead to more plaque formation.

In the European Prospective Investigation into Cancer and Nutrition, an Oxford study of 11,000 British men and women aged 20 to 78, the highest blood pressure counts were among the meat-eaters. The lowest were seen in those whose diets were entirely composed of plant-based foods. The reason is simple: plant-based foods are low in total fat and saturated fat, low in sodium, and rich in potassium (a nutrient that helps reduce arterial inflammation), and contain no cholesterol, all of which help to reduce blood pressure.

Some plants contain elements that can lead to significant reductions in blood pressure within hours of their consumption. For example, a reduction of 4-10 mm/Hg has been seen within three to six hours after beet or beet juice consumption. Beets contain nitrates which are converted by our body into nitric oxide, a compound that relaxes and dilates our blood vessels causing pressure to fall. Other elements found in plants collaboratively help one to lower and maintain healthful blood pressure levels.

In a study of subjects who had been taking antihypertensive medications for an average of eight years, the adoption of a completely plant-based diet allowed nearly all of them to stop taking these medications altogether.

Exercise (up to a 10-point reduction)

A regular exercise program that involves at least 30 minutes of aerobic conditioning most days of the week can lower systolic pressure by four to nine points, which is similar to what blood pressure medications can achieve. Also, strength training exercises performed five times per week have shown impressive reductions of 10 points systolic pressure and nine points diastolic pressure in as little as five weeks. With regular exercise your heart becomes stronger, which enables it to pump more blood with less effort. Exercise also reduces blood vessel stiffness, allowing blood to flow with less resistance.

Lastly, prioritize regular stress reduction activities. People who have a negative response to common life stressors, such as traffic, workplace challenges, marital problems, and family responsibilities may have elevated levels of the stress hormone cortisol, which can raise blood pressure. When practiced regularly, activities that promote deep relaxation, such as yoga, meditation, and Tai Chi, do wonders in helping lower cortisol levels, relax blood vessels, and improve blood flow throughout the body.  These strategies have been shown to reduce reactivity to daily stressors and to lower blood pressure in some instances as well as medications. Be sure to inform your healthcare provider if you plan to make lifestyle changes so they can monitor your progress and make modifications to medications you may be taking.