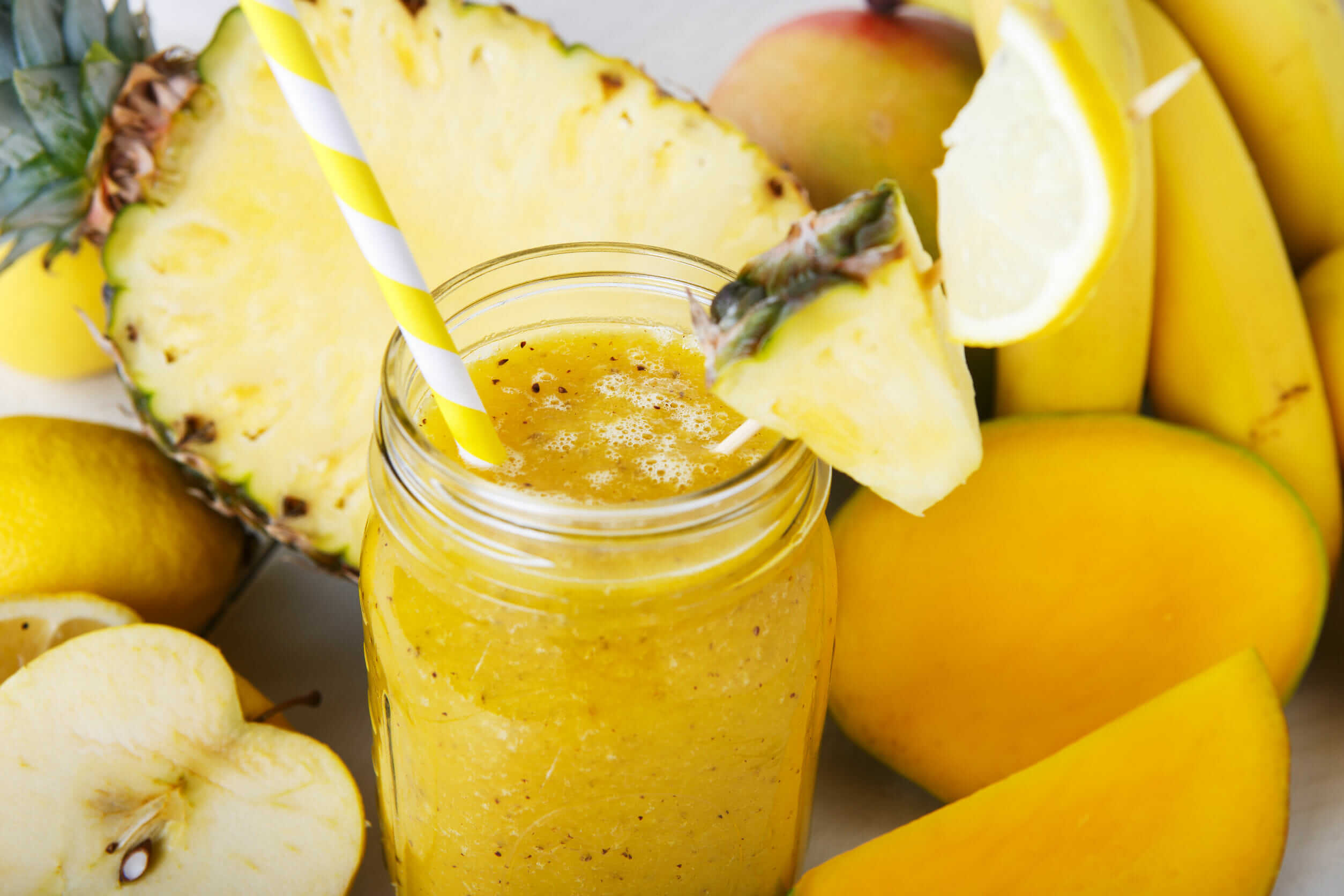 When putting together this recipe, I knew two things: I knew I wanted to include dandelions (I just love their natural taste), but I also wanted to make use of Shilajit—it’s too good for you to pass up!

Shilajit is a powder which is harvested by hand, and then dried at a low temperature. Containing over 85 minerals, Shilajit is said to remove weakness from the body and build strength as a result. I started taking Shilajit after my acupuncturist recommended it to me. You can purchase Shilajit from Natural Zing and Sunfood. I immediately went out and purchased a pouch and began using it in my smoothies every morning. A month later, when I went back to my acupuncturist, he told me that my pulses had never been better. Since that time I have consistently improved and continue to get stronger.

Dandelion is rich in vitamins A, C, D, and B complex, and in trace minerals such as magnesium. Dandelion is known to have the highest Vitamin A content of all greens. Dandelion is not only great to add to your smoothies and/or juices; you can incorporate it in your salads, spreads, breads, and jams. Because dandelion is a little bit bitter, I tend to add raw honey to help sweeten the taste of the smoothie. This recipe would be completely raw if you eliminated the Shilajit, and as it is, is totally gluten-free.

Directions:
Blend ingredients together in a high-speed blender until smooth.

Recipe excerpted from Liquid Health: Over 100 Juices and Smoothies Including Paleo, Raw, Vegan, and Gluten-Free Recipes. Available now for purchase wherever books are sold.

LISA MONTGOMERY is a Holistic Health Care Practitioner, and has graduated from the Living Light Culinary Arts Institute as an associate/chef instructor. She received a Raw Chef Mastery Certification from Raw Chef Dan at Quintessence. She is the author of many cookbooks including The Complete Book of Raw Food Volume 2, Liquid Raw, Raw Survival, Liquid Health and many more.